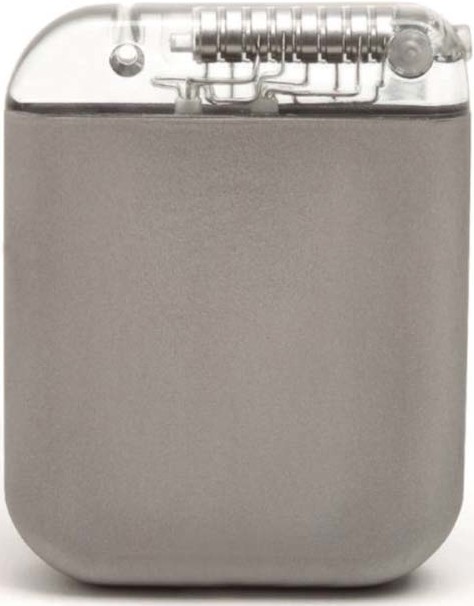 For years, manufacturers of neurostimulators and other active implantables have been feeling extraordinary pressure from shareholders and other funding sources to move more quickly from design stage to production. As a result, many device makers have begun searching for opportunities to integrate components as subsystems in order to make the most of precious time and capital. And for an increasing number, this search is leading straight to the header cavity, where the critical lead interface is housed. 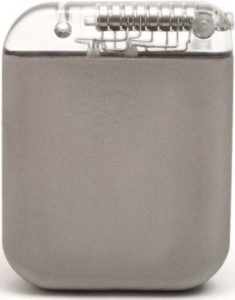 Active implantables, also known collectively as implantable pulse generators, or “IPGs,” have been around in their most basic form since the 1950s. These small bundles of electronics, batteries and wires, positioned within the body and used to send electrical pulses to nerves and organs, found their earliest application in the treatment of cardiac-related  conditions such as bradycardia (slow heart rhythm) and  tachycardia (fast, irregular heart rhythm). By 1960, less than a decade after their inaugural use, IPGs were successfully employed to deliver pain-reducing, life-improving therapies to the deep brain and spinal cord.

In recent years, exponential advances have been made in the design and efficiency of IPGs, and many more uses have emerged. Seeking to deliver new modalities of pain management to an aging population (nearly 28% of Americans will turn 65 in the next decade), a fresh crop of manufacturers fueled by entrepreneurial spirit and venture capital have been introducing breakthrough technologies for the treatment of angina, epilepsy, and even hearing loss. Once a simple unit designed only to deliver, today’s IPG has evolved into a device that can, in some cases, predict seizures by sensing microvolt fluctuations in brain wave activity — and potentially stop them before they begin.

But as the number of new players in the IPG marketplace has grown, so too have investors’ demands for faster, less resource-intensive development of cutting-edge devices and new therapies. The answer for some manufacturers has been to look within their designs for opportunities to systemize and integrate.

One area identified by many OEMs as ideal for integration is the device header. This implantable­grade plastic or silicone enclosure at the top of the IPG is hermetically sealed to the “can,” or metal housing in which the electronics and battery reside, and it can make up as much as 25% of the overall device volume. All of the critical connections that drive the IPG’s functions originate in the header connector cavity, where power is transmitted through multi-channel connections as signals from the battery and electronics to the lead, and ultimately out to the body. Electrical contacts inside the header ensure that the right signals get transmitted through the right channels on the lead, and seals between those contacts isolate against both bodily fluids and electrical “cross­ talk” that may otherwise cause false positives, improper stimulation, or general malfunctioning of the device.

In the half-century or so since the introduction of the first IPG, the dual need for connecting and sealing has remained constant. But some of the tools engineers use to meet that need have changed significantly.

In the early days of IPGs, the setscrew was the primary method for fastening and connection. Used in series along the header, it provided both mechanical retention and electrical contact. But as device functionality improved and the need for multiple connections grew from four to six, to as many as 16 in some neurostimulators, the process of tightening each setscrew during the surgical process became less and less viable. While it acknowledged the continued need for a setscrew to ensure absolute retention of the lead in the device header, the medical community demanded alternatives, and several new types of contact technologies began to emerge.

Among the first of these to supplant the multiple setscrew setup was the multi-beam contact. Resembling a leaf-spring ribbon inside a can, this contact was designed, manufactured and introduced by device giant Medtronic, and it is still widely used today. Constructed of stainless steel, titanium and MP35N, the multi-beam offers cost-effective electrical connectivity. However, its relatively low number of contact points (6 to 8) can mean higher contact resistance, which may result in reduced battery and device service life. In addition, the multi-beam has inherent size limitations, and its leaf springs have linear force curves, which can result in variations of insertion and extraction forces.

The canted-coil spring, a contact technology developed around the same time as the multi-beam, offered designers yet another alternative to the setscrew. Designed and patented by Bal Seal Engineering, Inc., the spring was first employed in an IS-1 ring connection, but it soon evolved into a spring/housing combination that could provide a desirable weld surface. The combination, which became known as the Bal Conn, continues to be specified by many of today’s device makers, due in large part to its ability to provide very low electrical resistance in a limited space. The Bal Conn’s platinum­iridium spring allows for low, highly controllable insertion and extraction forces, and its spring coils pro­ vide multi-point conductivity. While it can help conserve header real estate, the Bal Conn is best suited for challenges not met by off-the-shelf solutions.

The ImplanTac Contact Socket is a more recent IPG interconnect offering. Its manufacturer, Hypertronics, Hudson, MA, describes it as a “basket of wires” design that positions lengths of wire strung at an angle to the socket’s axis. This contact offers low electrical resistance and low insertion/extraction forces. Its construction limits it to a set axial length.

Stuck in the middle

Unlike their contact counterparts, the high dielectric strength seals used to provide fluidic and electrical isolation inside the device header haven’t evolved much. Generally, they have been (and continue to be) molded from implantable-­grade silicone, a material with properties that are widely known and accepted in the implantable world. Silicone is soft and malleable, so it flows easily into and around nonuniform surfaces while retaining the ability to seal. It is also relatively inert, so it’s less likely to react with the metals used to form the contacts and lead.

Traditionally, producers of IPGs have had little choice but to undergo the costly, iterative, and time-consuming job of purchasing electrical contacts and designing, creating, and testing their own isolation seals for the critical lead interface. By some industry accounts, this process can tack as much as six months onto the development of a new device.

However, a new kind of “plug­ and-play” connector technology slated for formal introduction in October 2010 may make the process obsolete — at least for some smaller OEMs and startups focused on emerging therapies.

The concept behind this new technology is relatively simple: Take a proven electrical contact platform and package it with isolation seals that can guard against fluid infiltration and prevent signal leakage. Then, test  the components for insertion and extraction forces, conductivity, electrical resistance, seal isolation, and other criteria, so that a manufacturer can confidently integrate the entire connector sys­ tem in to its device design and move closer to the ultimate goal of market introduction.

An example of this new approach, which effectively pairs seals and  contacts in a pre-tested, compact and scalable package, has been developed by Bal Seal Engineering, maker of the original Bal Conn. Billed as the “world ‘s first seal-integrated   contact  system” and marketed under the trade name SYGNUS, Bal Seal’s new solution is built around its canted-coil spring technology.

The SYGNUS system combines the tiny springs made from platinum-iridium, metal housings of MP35N and implantable-grade silicone isolation seals in a configuration that forms a dense connector “stack” to accommodate lead diameters ranging from 0.90mm to 3.20mm . Since a version of the seal/contact combo is engineered to the recently-ratified four-pole standard (I S-4 and DF-4) for cardiac health management devices (a proximal cap serves as the datum, and a distal cap completes the footprint), the company says SYGNUS gives manufacturers the ability to dedicate resources to therapy and function improvements, instead of component procurement or development.

Cardiac IPG device makers who have recently tested and and adopted the new standardized seal/contact technology cite reliability, safety, and ease of implementation as primary reasons for their choice. And in a move that mirrors their CHM counterparts, designers of active implantables used in the delivery of neuromodulation therapies are beginning to embrace the same kind of stack solution — engineered to even smaller, more contact-dense specifications — for the very same reasons.

In 2009, CCC Medical Devices, a neuromodulation and cardiac IPG design and contract manufacturer based in Uruguay, began evaluating an integrated connector system approach. In early 2010, the company re-examined its old method of dual sourcing for some of its products, and replaced individual seal and contact components with Bal Sears SYGNUS system. Based on its success, CCC is considering the same approach with more IPG designs in the future.

“Choosing an integrated seal and contact system enabled us to significantly improve the assembly process,” says Oliveira. “The all-in­ one (SYGNUS) design we use not only ensures electrical insulation between each contact, it also helps eliminate epoxy leakage that could occur during header casting. For us, that’s less costly scrap and better, more productive manufacturing.”

Oliveira adds that an important side benefit of the seal/contact system he’s using (SYGNUS) is its ability to reduce header size.

“The header volume is usually 1/4 to 1/5 of the total IPG volume, so any solution that helps to reduce the header will have an important impact on the IPG size,” Oliveira says. “The system’s compact footprint has helped shrink header volume while keeping a good insulation between contacts.”

For now, at least, this new focus on systemization — especially of the contact/seal variety — is more prevalent among small, agile manufacturers. But it may not be long before even the heavy hitters discover the benefits of specifying prepackaged, pretested connecting solutions for their devices.

“There’s definitely a growing need for this kind of solution,” says Bal Seal Business Development Director David Fogel. “To some companies, especially those facing venture capital deadlines and clinical trial windows, choosing an integrated system provides a level of freedom that could mean the difference between success and failure. Similarly, from a patient ‘s perspective, it might be one of the factors that determine whether or not a breakthrough therapy ever makes it to market.”