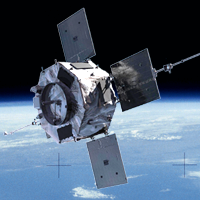 At Bal Seal Engineering, we help designers reach new heights and achieve out-of-this-world objectives in space exploration and orbital satellite installation. We’re proud of our contributions to the success of countless critical missions, and we can’t wait to see what’s next.

These days, NASA isn’t the only organization with its eye to the skies. Private companies and bold entrepreneurs are stepping into the “final frontier,” re-writing the rulebook and re-imagining the machinery of space exploration. Advanced satellites, commercial spacecraft—even equipment designed to generate power on other planets—they’re all part of the exciting future known as New Space. 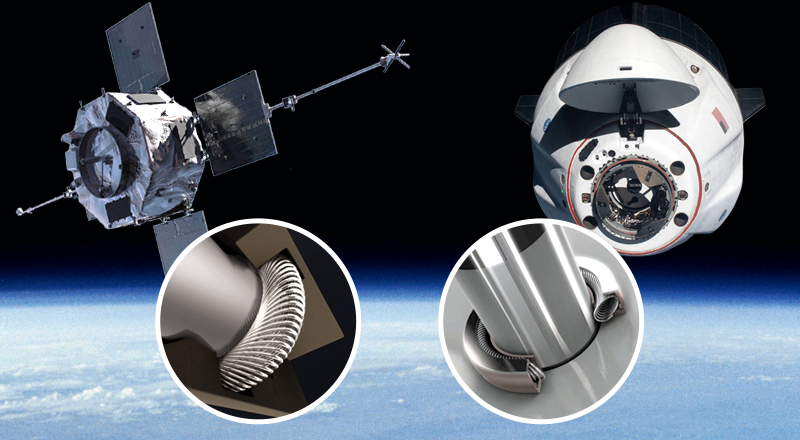 Bal Spring® canted coil springs, designed into critical RF connectors and antenna assemblies, will protect the next generation of communications satellites from the potentially harmful effects of EMI. 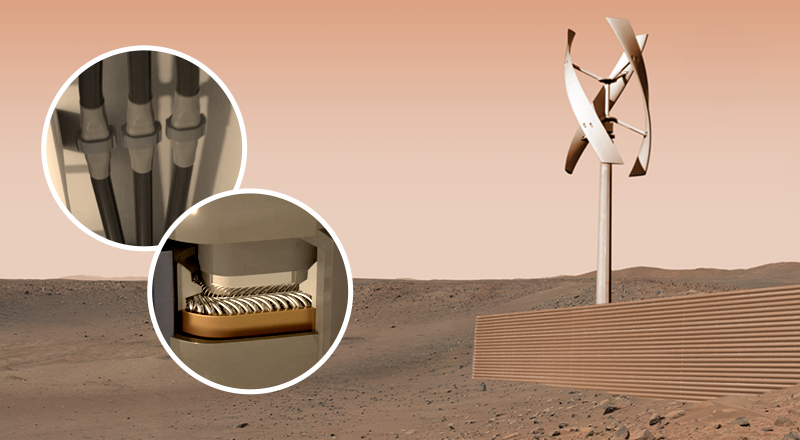 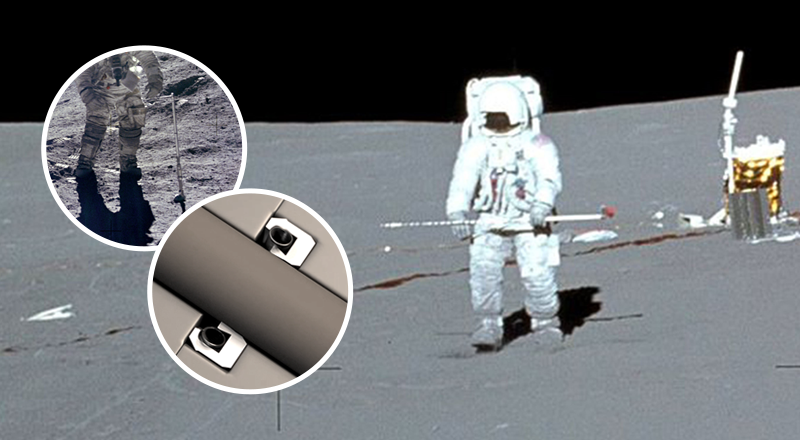 NASA engineers used a Bal Seal® spring-energized PTFE seal in their design of a “core tube” carried by astronauts on three different Apollo missions to  obtain “regolith,” or lunar soil. The seal was included in the inner sleeve of the core tube as part of a follower that rode on top of the sample as it entered the collection tube. It helped preserve samples during return trips to Earth. 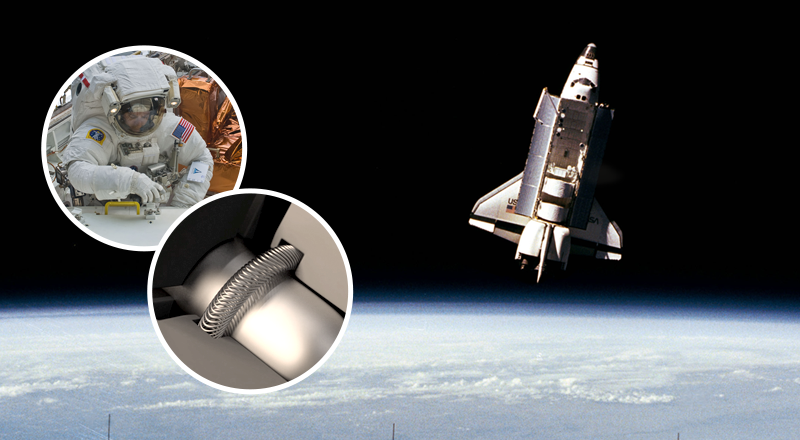 Bal Springs performed grounding functions during repairs in a “fastener capture plate,” designed by engineers at Goddard Space Center for NASA. This plate, which was fitted precisely over a panel covering a failed electronics card, enabled astronauts to remove and retain 111 tiny screws without losing them or allowing them to float into the telescope, where they could have caused serious and costly damage. Springs in the plate connection points grounded the unit to Hubble. Inside the Cardlok Manipulation Tool, a low-speed hand tool resembling a long Allen wrench, a beryllium-copper Bal Spring® provided electrical grounding and ensured smooth rotary motion.

“When I saw the Bal Spring, a light bulb went off. The multi-point coil contact provided exceptional grounding—zero  resistance across the path. It was the ideal solution.”
– Hans Raven, ATK 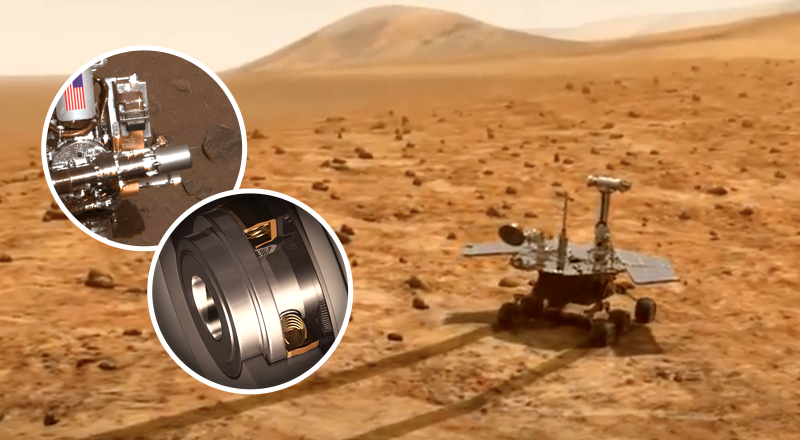 Bal Seal® spring-energized seals kept Martian dust out of the Instrument Deployment Device on both rovers, allowing for the accurate and consistent placement of spectrometers, microscopic imagers, and rock abrasion tools. 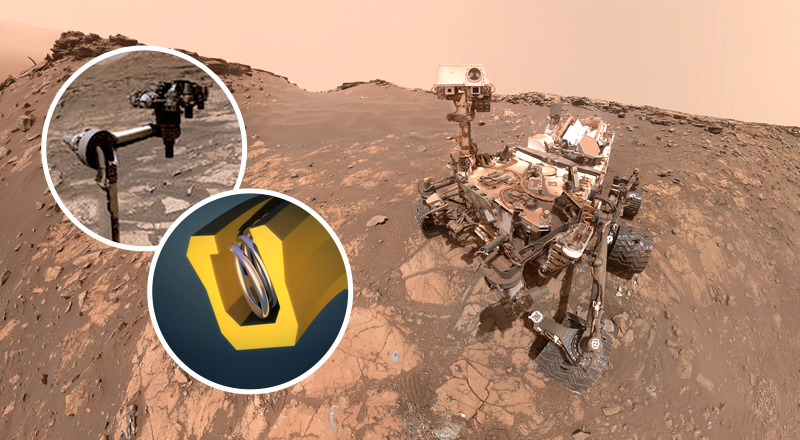 Curiosity, also known as the Mars Science Laboratory (MSL), used Bal Seal® spring-energized seals in the rollers of the restow system for its robotic arm. The seals protected the arm from Martian dust in widely varying temperatures as the rover moved to different locations. Curiosity’s mission has been extended indefinitely and, as of January 2021, it has traveled over 15 miles across the surface of the Red Planet. 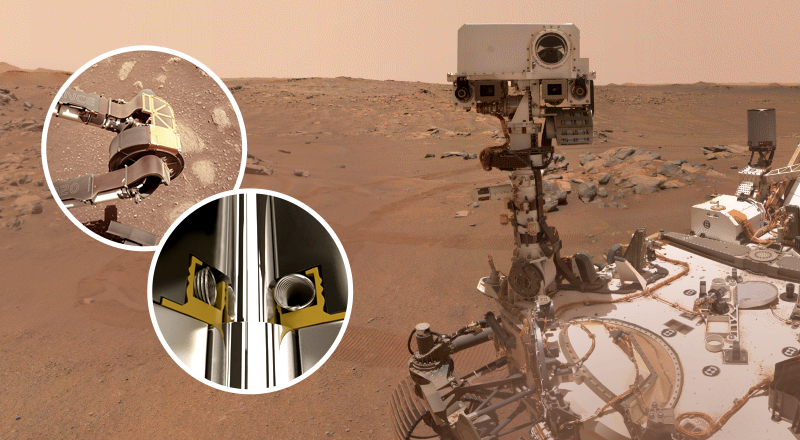 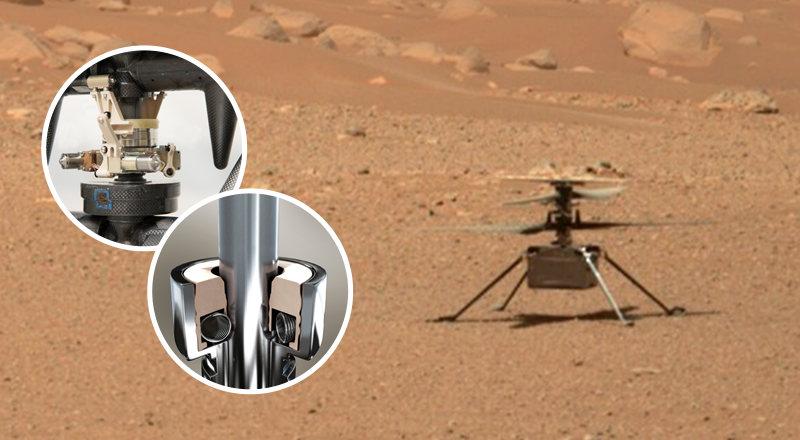 In order to prevent Martian dust from entering the helicopter’s precision geartrain, engineers at Aerovironment fitted a custom Bal Seal® spring-energized seal to each one of six servo output shafts. On April 19th 2021, Ingenuity made history by successfully completing the first powered flight by an aircraft on another planet.

“I’ve been using Bal Seals on my actuator designs for Mars robotic arms since the late 90s. The seals have performed flawlessly over the life of the various missions.”
– Richard Fleischner, principal ME, Motiv Space Systems